Archive for Don’t text and drive

Have you ever been somewhere in your car waiting for another vehicle to move so that you can move? Well, good luck. You have just entered the OBLIVION zone!

It feels like I’ve woken up in a post apocalyptic time when no one seems to be paying attention to anything more than an arm’s length in front of them — and that may be a generous distance. Maybe it’s a zombie thing, like Invasion of the Body Snatchers or The Stepford Wives. Maybe the cause is environmental, too many vaccines growing up or hormones and pesticides in food? All I know is it’s epidemic and annoying as hell!

This past weekend, I was driving in Santa Monica, looking for street parking on Main Street. There was a chick in a Mini Cooper with her reverse gear lights on, meaning presumably she’s backing out of a parking space and her departure is imminent. Well, I sat in my car for a minute or 3, waiting for her to leave, but she didn’t move. After a few minutes, I inched forward so that I was by her side, trying to get her attention to find out if in fact she was leaving. She was looking down at her cell phone, texting. Okay, so I applaud her for not driving while she’s texting, but she wouldn’t look up. I could not break her concentration. I don’t believe she was ignoring me. She was simply oblivious to the fact that someone wanted her parking space. Even if she was hearing impaired, surely I was in her line of peripheral vision.

I gave a gentle tap to the horn to get her attention. She didn’t flinch. I did it again. No response. She just kept texting. I gave a full honk of the horn, still nothing. I unrolled the passenger window and called to her. NOTHING! Flailing arms couldn’t get her attention. No acknowledgment that I was even there. I’m pretty sure even the police in their parked car a few cars up from her could see me.

Okay, so perhaps by now, you would have given up and left. I couldn’t. I had to see how long it would take her to realize that someone was waiting for the parking space. I mean, it’s not as though she was parked. The engine was running; she had already shifted into reverse. Who knew she could text with such complete concentration all while keeping her foot on the brakes!

It took a few more minutes and finally she looked up, not because of anything I did but because I guess this compelling text marathon had at long last come to an end. Out of the parking space she zipped with little acknowledgement of me waiting for her.

How can people be so clueless? I see this everywhere now. How many times have you waited for someone to pull out of a parking space when you know they see you waiting there? I’ve seen people brush their hair, play with the radio, put makeup on, fidget around before they leave. In these instances they know someone is waiting because that car pulls up while they’re just getting in their car. It’s as though it’s deliberate!

And so now begins a new workweek with more travails. Stayed tuned. Here’s a topic of discussion and perhaps a future post. Talk amongst yourselves… Clueless People Putting their lives and others in peril!

Have a great day.

Thanks for Checking Out My Blog! 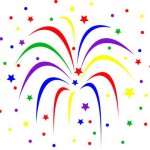 Thank you for checking out my blog and emailing me your comments. I love hearing from you and hope you continue to contact me.

Now, help me double that number in March. There are some fun posts coming — quizzes, surveys, the Red Light Shuffle Rap, video (soon) and as always my observations about driving in Los Angeles.