Archive for things you do while driving

Ode to the Red Light Shuffle 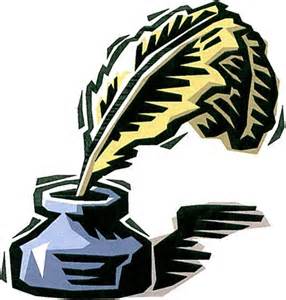 Listen up everyone
’cause there’s a new dance
It’s taking LA by storm
but you gotta have the right form.
If doing it isn’t a must
then you’ll be left behind in the dust.

No doe see doe
no dips, no show
It’s a vehicle prance
a drivers stance
where the position is sought
for the prime spot
When the light turns green
it’s not being mean
It’s the Red Light Shuffle

Make your move
turn your head
It’s all about precision
for the coveted position
to take off like a rocket
Now don’t you mock it
Just put your pedal to the metal
and don’t you settle
or you’ll miss out on the Red Light Shuffle!

Your behind a Prius and the light turns red
You either move away or your gonna need a med
Cause the cars will fly by in the other lane
while you’re left behind to go insane
Then the light turns green
and you can’t escape the scene
You missed out on the red light shuffle!

No doe see doe
no dips, no show
It’s a vehicle prance
a driver’s stance
where the position is sought
for the prime spot
When the light turns green
It’s not being mean
It’s the Red Light Shuffle.

Happy Monday! Proceed out there with caution. Don’t get into a scuffle with the red light shuffle, but do let me know how many people you see today doing the dance including you.

P.P.S. Just wait until I put this to music!

I’ve observed people doing all kinds of crazy things in their cars. Why is it that people in their cars think their private behavior is okay for public viewing? Do they think this metal and glass shield of a car serves as a cloak of invisibility? That may be true if you had your car pimped out with tinted windows, but most people don’t. I know because I can see them!  Based on most of what I’ve seen, doing crazy things while driving is not about shock value or being an exhibitionist. It’s just a complete and utter lack of self awareness.

With that in mind, here are a few things I’ve observed drivers doing in their cars. I’m sure you’ve seen plenty of odd things as well. Let me know what you have seen.

Smoking a joint – Yes, just last week I saw a guy in a Lexus taking a hit. He wasn’t trying to conceal it at all. He was driving alone, crawling along in traffic (while everyone else was going 60 — just kidding). I find it hard to believe that there was a medicinal value that made him a better driver because of it. Has traffic gotten so bad in this city that this is the only way someone can cope?

Shaving – electric shavers, even disposable razors. I’d hate to see the rash from that dry shave!

Putting on makeup – Okay, that said, I have in the past done an excellent job putting on lipstick. I don’t even have to look in the mirror and I don’t get it all over my face. It’s seeing someone going into full face or even just putting on eye makeup, especially mascara, that surprises me the most. It must take great skill to avoid looking like a raccoon or a hooker, or maybe that’s the goal. But here’s the thing … going back to that classic film again A Christmas Story — if you get in an accident, you’ll shoot your eye out! So not worth it.

Picking nose – Really? You haven’t learned by now not to do this in public? I see this all the time!

Picking zits – Yes, I see this all the time too. People go to town on their faces. Ick.

Flossing teeth and not with a toothpick – This begs the question … who carries around dental floss in their car?

Reading a book – I have seen this on the 405 Freeway in traffic, rolling along at maybe 20 MPH. There was a guy with a book on his steering wheel reading. Seems someone literate should be smarter.

Using a curling iron on hair – It might be battery operated, but if it curls your hair, it’s going to be hot. You’re going to end up with what appears to be a hickey on your neck or worse, a cold sore on your face.

Now tell me what you’ve seen!